I arrived in Cancun mid afternoon yesterday, and with one brief, heartstopping moment of panic when the first ATM I tried didn't accept my non-chip card, it was a pretty smooth transfer to my lodging in Puerto Morelos, about 30 minutes south of the airport. Two hours after landing, I was in the ocean, which I think is a personal record, so that was pretty awesome.

The place I'm staying is very sweet, with a variety of rooms in small, two story structures scattered about, with some greenery between. Last night, I had a spacious room with three beds and beautiful fanciful murals and a gorgeous tub tiled with shells. 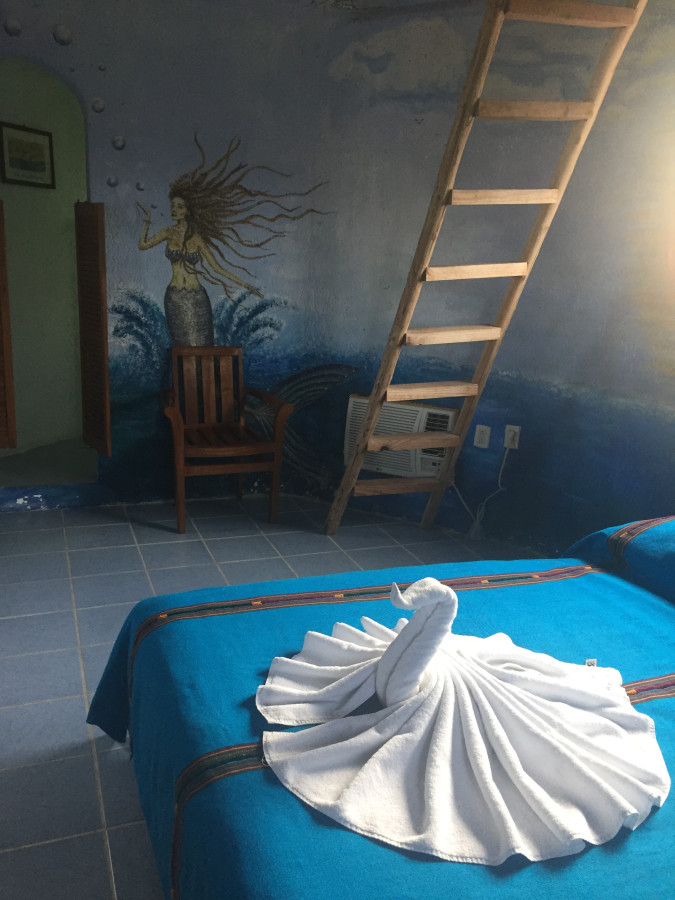 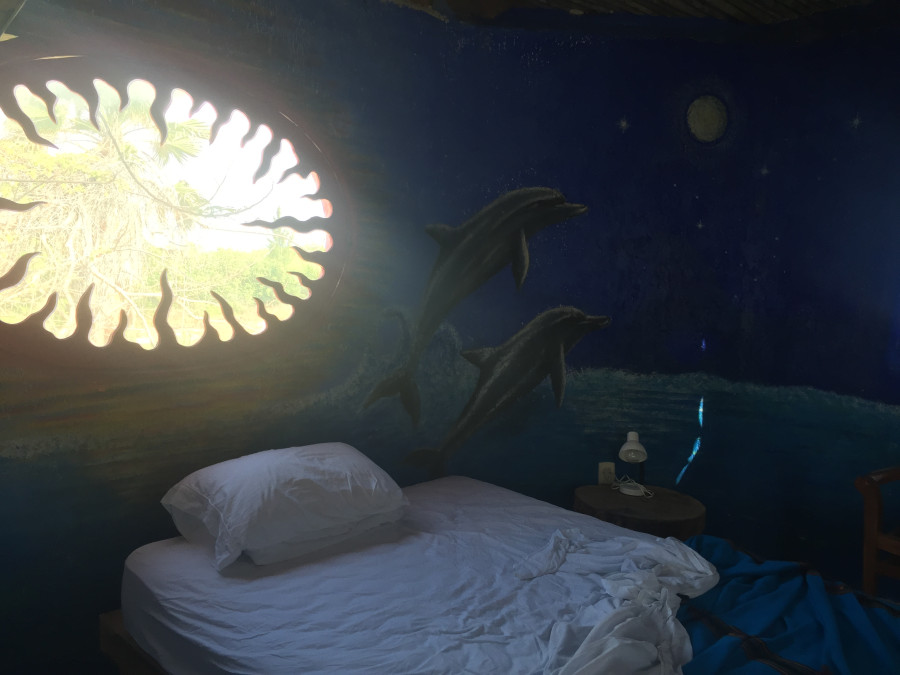 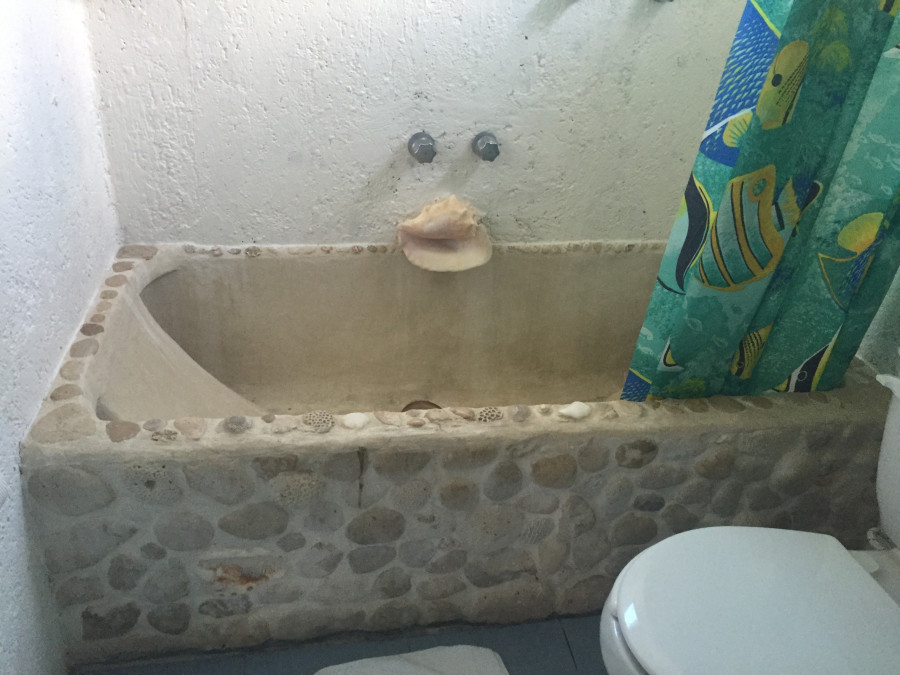 This morning, the proprietor offered me a room closer to the ocean and with a better view, and I jumped on it, so tonight I get to sleep in a bed suspended from the ceiling by ropes! 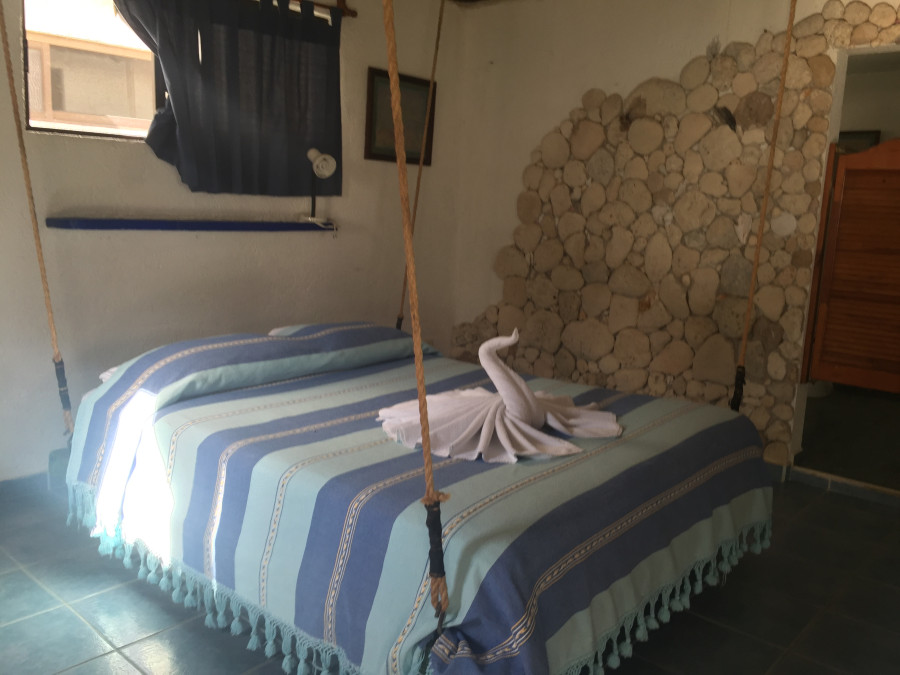 There are hammocks everywhere -- two on every private porch/patio, and a large palapa on the beach with four. It's great. And the beach is right here!

The one down side is that the ocean right in front here is a sort of messy/rocky entrance, which makes it more of a chore to get in and out, though once in past waist deep, it's delightful. Still, I was really picturing vast sandy stretches, and in my travel-weary state last night, this set off a whole cascade of doubt about this whole endeavor. "What if I've made a horrible mistake and this is going to be three weeks of not-as-awesome that I just have to endure?? Maybe I should go back to Boston?"

I tried to talk my brain out of the tree with logic ("You're tired and worn out and you just got here; things will probably seem better in the morning!" and "Every big adventure has this moment; it will pass!"), which didn't stop me feeling that way, but it did prevent me from losing my shit about it. Instead, I went into town and had fish tacos on a patio while listening to a local musician, and then I came back and had a beer and went to bed.

And, indeed, this morning, I felt better. I also decided to move my travel plans around a little bit to spend 2 fewer days here and 2 more days at my next destination, which I suspect will have beaches more in line with what I'm envisioning, but there are a couple of things around here that I'm hoping to see that won't be at either of my other destinations: a spectacular coral reef that's swimmable from shore (though I will have to bike or get a taxi to that spot, which is north of where I am), and cenotes, which are these giant, water-filled limestone sinkholes that you can swim in and explore.

Tomorrow is a local market, and more very important reading and swimming to do. So, you know, so far, so good. 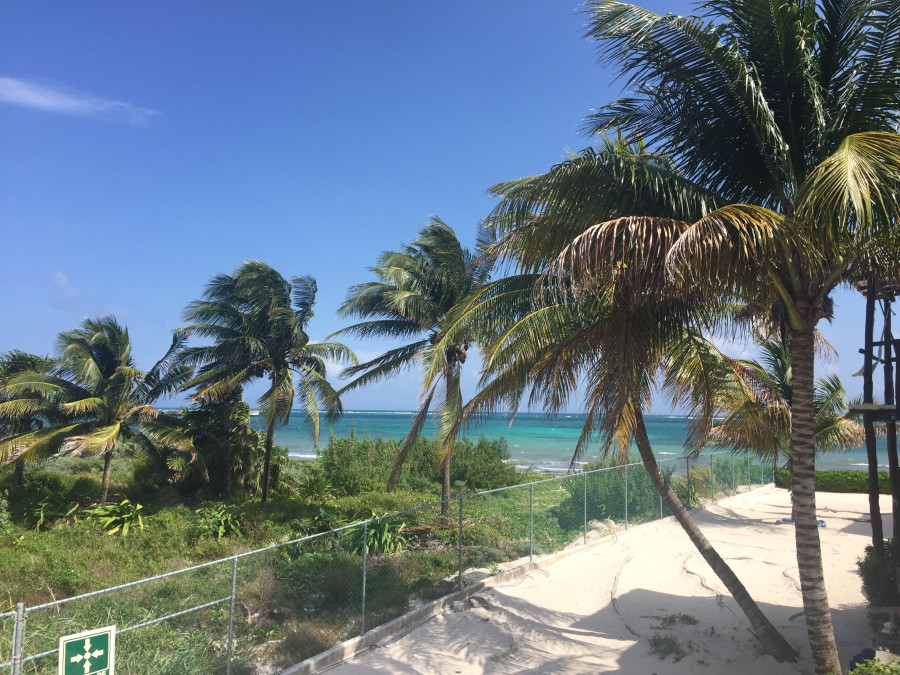 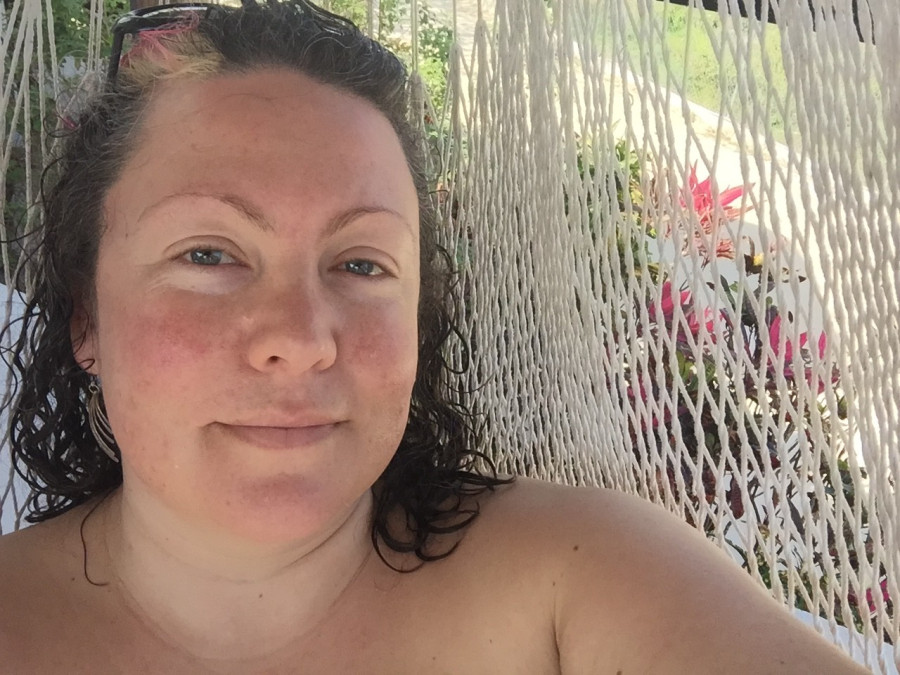