Monday was a travel day. I departed Puerto Morelos in the morning, catching a bus to the main terminal in Cancun, where had a couple hour wait for the bus to Chiquilá, the final mainland town before hopping a boat to Isla Hotbox, which is a peninsula, not an island, but there's nothing in the connecty bit, so it might as well be an island.

I adore traveling by bus in Central America; it's incredibly inexpensive, and it's more experiential than any other form of travel I've found. In particular, I love how, once you're out of a city, the bus will stop to pick up and drop off food vendors, who bring their wares onto the bus for people to purchase en route, which is especially nice when one doesn't plan ahead for a long ride.

That said, I also find it super stressful an anxiety-producing to be going by bus route that I'm not familiar with through bus stations I don't know. I always worry I'm going to miss my bus or get on the wrong one or miss my stop or get off at the wrong one and accidentally wind up somewhere horrible with no hotels or food or anything. This has never happened, mind you, but it doesn't stop me feeling nervous that it might happen any time I let my guard down!

So, it's scary and hard. But it's also super satisfying!

And, as has been the case in the past, nothing bad happened. I bought a bag of oranges from one of the bus vendors, and when we got to Chiquilá, I get on a small boat that left right away, rather than wait for the ferry, which would have meant waiting about 30 minutes. This in turn meant that I was able to jump in the ocean before getting a drink at my hotel's delightful little beach bar and then venturing out for dinner.

This is the garden between me and the beach: 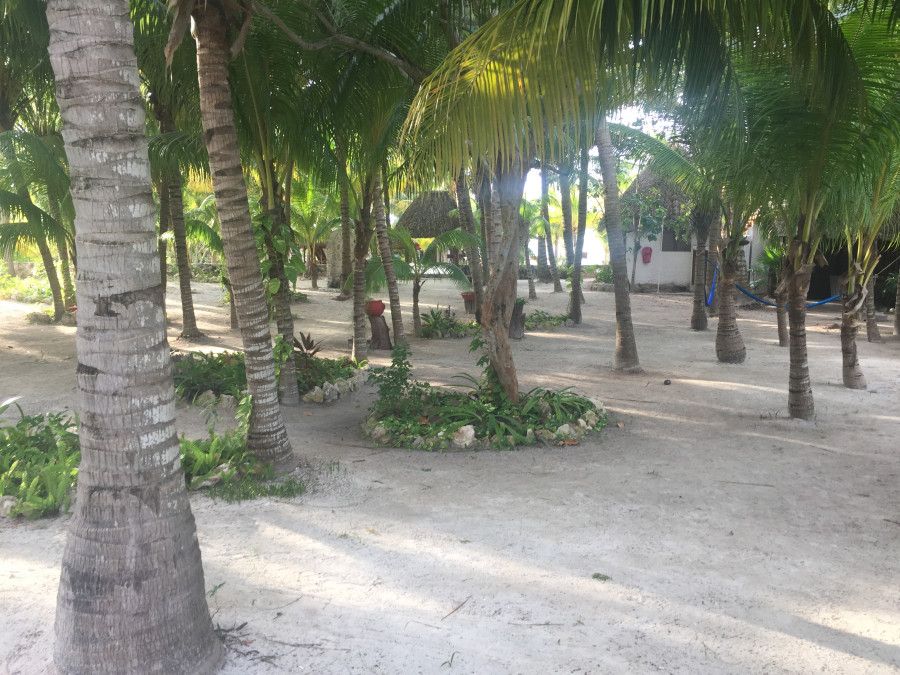 This is what happened at sunset that first evening: 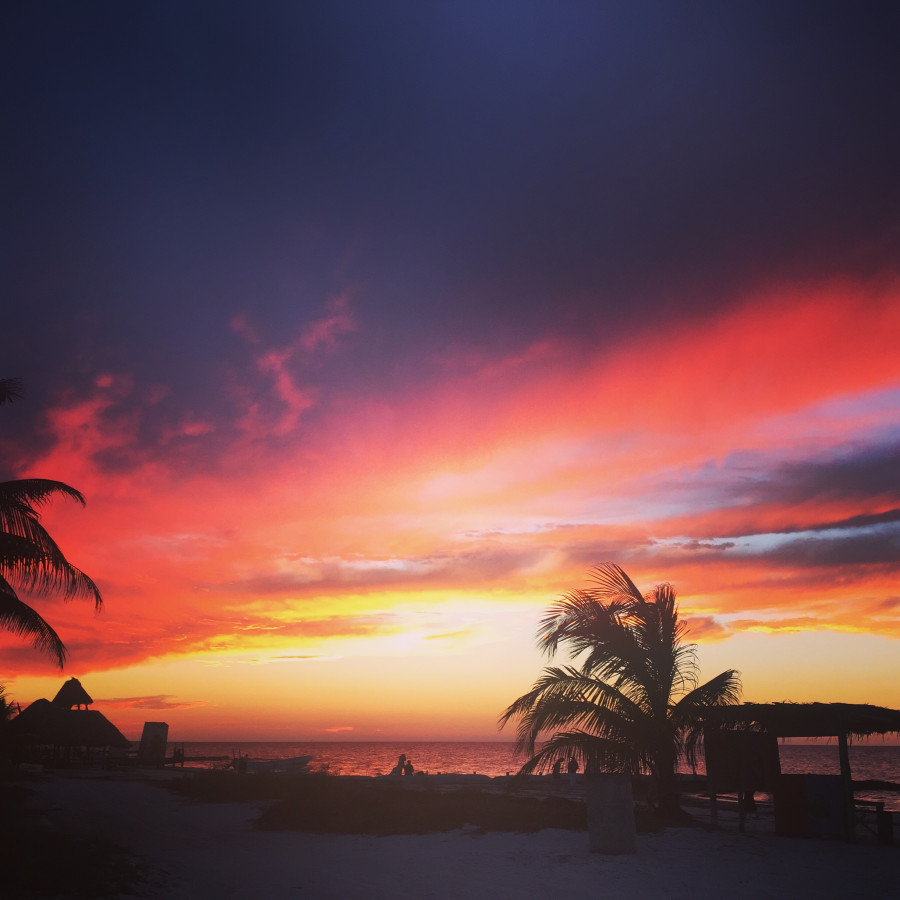 This place is basically the epitome of what I envisioned when I set out to have a tropical paradise vacation. It's got the sleepy, low-key vibe of island culture, and while there are activities to do, there's a lot of simply lounging around and enjoying what's right in front of you. The water is this amazing milky green color, unlike anything I've seen before. We're on the Gulf of Mexico here, so it's not the clear turquoise of the Caribbean, which I guess some people this is a drawback, but I'm delighted. And the beach is just littered with shells, mostly tiny ones, but there are occasionally beautiful larger ones also. I'm not a huge shell collector, but I expect to be bringing some of my favorites home with me.

I might depart here someday, but I'm glad that day isn't today.
Collapse